The Frogeye fuse box is not a complicated affair; it didn’t need to be in 1958. A bunch of lamps, a horn and, if you were lucky, a heater fan; it didn’t need the massive array of fuses and relays that a modern car use.
Over the years, however, owners have added a variety period ancillaries and modern day conveniences with little thought to the poor little Frogeye fuse box.

This is a 2 part article and, in this post, Frogeyes and Fuses Part 1,  I look at the Frogeye fuse box and what potential problems can arise because of its design.
In the second part, Frogeyes and Fuses Part 2 (imaginatively titled and coming soon!) I explore some of the options you might consider to improve the situation and explain what I implemented on my own Sprite. 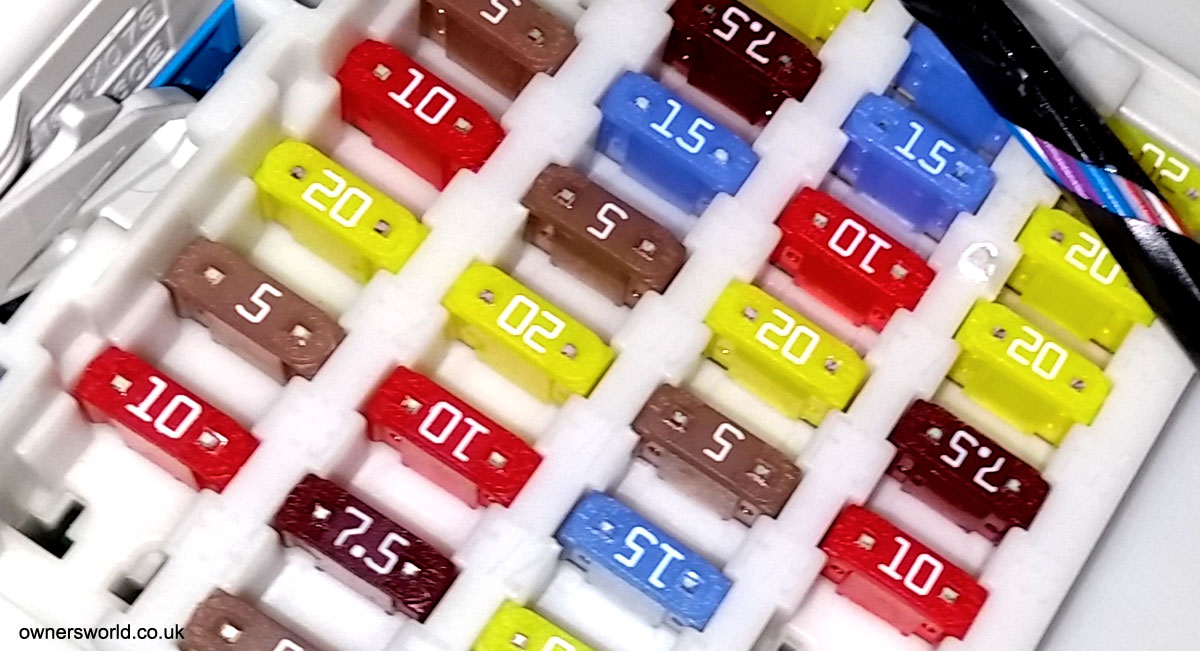 We probably all know what a fuse is but, are we all clear about what purpose it serves, and how it will stop you from having to claim on that “fire” part of Third Party, Fire and Theft insurance ?

For those of you who don’t like maths, skip to Fuses recap below

A bit of Physics revision

An example electrical circuit has a power source (car battery, 12 Volts), a load (2 headlamps, 120 Watts) and something to connect it together (wiring loom). The current (Amps) in the circuit = the power rating of the load, 120 Watts divided by the voltage provided by the battery, 12V. So, the current in this part of the circuit is 120/12 = 10 Amps; simple !

If the wiring loom shorts out for any reason, then the circuit has no resistance. Using I = V/R, Current = 12/0 = infinity, which is a pretty big current ! This very large current will cause the wiring to heat up and glow like an electric fire. If this is in contact with something combustible, a fire will start.

By placing a fuse in the circuit, for example, a 12 Amp fuse, the headlamps (drawing 10 Amps) will work happily but, if the circuit shorts, the fuse will blow when the current gets to 12 amps and the car won’t catch fire. Seems to make good sense to protect all of your circuits with a fuse.

Notes to the above

OK, so the current that a car battery can produce is finite but it is typically around 500 Amps (cold cranking amperage). Put this back into the power equation, P = IV = 500 Amps x 12 Volts = 6000 Watts = 6kW. To put this in context, a typical electric heater for the home is 2kW.

Fuses are actually sized for the wiring that they protect rather than individual component loads, as a wire may be common to several components which could all be in use and drawing current at the same time.

Welcome back to those who couldn’t bear the maths.

Modern day cars like the Ford Focus ST have around 70 fuses in it depending on spec. Virtually every circuit is protected by a fuse. Whereas the Frogeye, which only had 14 circuits to consider, has only two 35 Amp fuses, and they only cover 6 of those circuits.

You have noticed that your brake lights are not working and you check and replace the blown fuse, which promptly blows again. Because there are half a dozen items on the same fuse, you get through a few more fuses before you manage to isolate what is causing the failure. It would have been much easier if the windscreen wiper motor (which had blown the fuse in the first place) had been on its own fuse.

Your heater blower motor seizes because it’s old and doesn’t get used or maintained very often. The circuit draws more and more current until the fuse blows. Excellent, the fuse has done its job. Unfortunately, you haven’t noticed the heater not working because you’re concentrating on driving down a beautiful, twisty, country lane.

With that blown fuse, your brake lights have also stopped working and the guy in your boot behind you, doesn’t have time to stop when you hit the brakes to avoid that pheasant that just played chicken in front of you.

If you consider the components that are non-switched and non-fused e.g. headlamps. You park the car for the night and forget to turn your headlamps off. The 60 year old wiring connection (that has probably been butchered over the years) eventually breaks and drops onto an earth, leading to a short circuit. A  massive current surges through the wiring loom which overheats, melts the insulation and the now, bare and glowing wire, touches some fabric which catches fire. Voila; flambéed Frogeye. 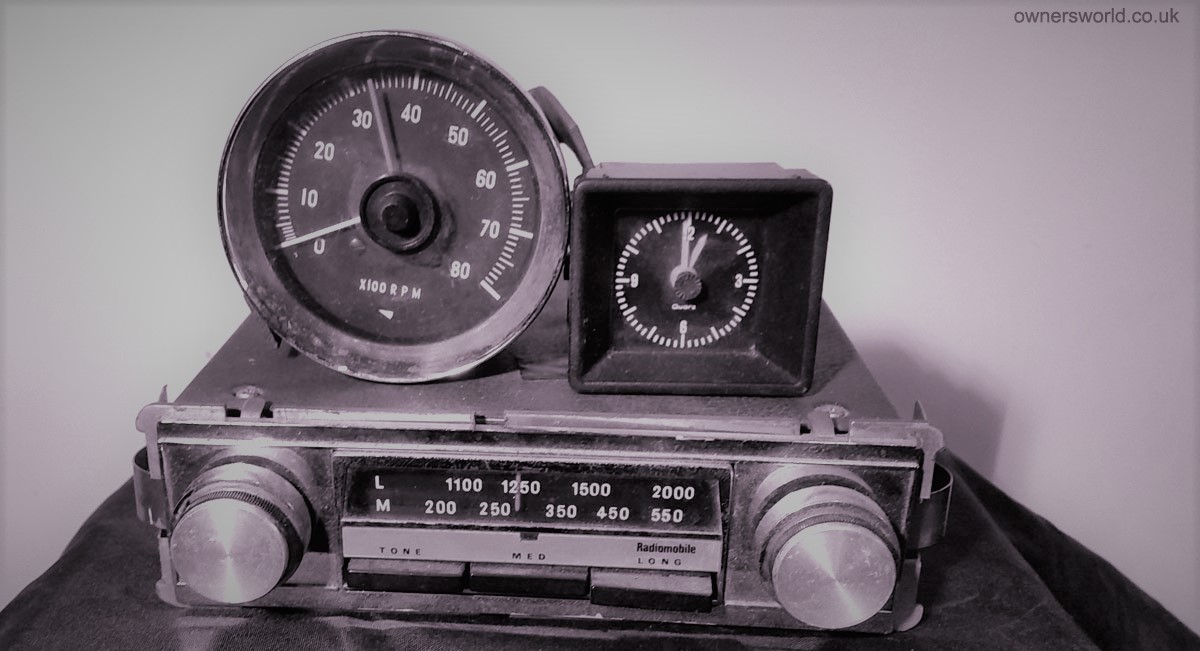 I mentioned right at the beginning of this post that, over the almost 60 years that these cars have been on the road, many owners like to add all sorts of lovely ancillaries.  Originally, radios, spot lights and fog lights, but now, electric fuel pumps (more of that in a future post), electric cooling fans and USB power sockets for mobile phones and Sat Navs.

Adding these new items to the existing Frogeye fuse box is not only exacerbating the problem but is increasing the risk of irritating, dangerous and nightmarish scenarios coming to the fore.

Having done all of the research for this post, I realized that there were more important choices to be made other than just adding a couple of extra fuses.

This year alone, I have seen two old VW Camper Vans burnt out at the side of the M25 motorway. A friend told me of someone who had almost completed the restoration of his car when it caught fire overnight in the garage and destroyed the car but more worryingly, set fire to the house in which they were all sleeping (they all escaped unharmed.)

The choice of what to do lies on a line from “do nothing” to, rewire the car entirely and install a modern power distribution board. The decision I make and the decision that you make will probably be different and will be based on our individual attitude to risk; whether you need to keep your car original for concourse; cost and time.

In Frogeyes and Fuses – Part 2, I will explain how I came to my decision and the how I installed my chosen option. I’ll see you there.

Thank you for reading this post and I hope that you found it enjoyable and useful. If you have, please spread the word and share it!